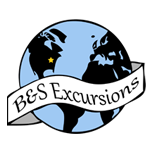 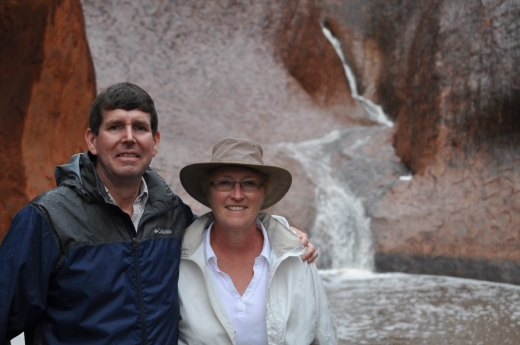 It all started way back in 1982. Shelly worked at Citizens Bank in Portland and Brian was farming along with Shelly's father. Her father owned about 700 acres, Brian & Shelly owned 110 acres and about 300 acres of rented ground. Life was good. Well one day, the Ag Loan Officer at the bank asked Shelly if she would like to help him plan a trip for the ag customers to Louisville KY for the Farm Machinery Show. She said yes and ended up doing all of the work. She and Brian escorted the group and had a fantastic time. On the way home, someone asked where we were going to go next. So, Shelly planned a trip to Toronto to the Canadian National Expedition. The trip was a sellout and everyone had a great time. Next, the bank asked her to start a Bank Travel Club that would be open to everyone. She put the program together and did about 4 - 6 trips per year.

After a couple of years, Brian started driving tour bus for the bank's trips as well as other groups trips. This was a great financial help for a couple only married a few years. During the years that Brian was driving he met a lot of people from all over the country. These people turned into important contacts that would come in handy in the future. Brian also got acquainted with several people while driving, that was looking for someone to do the work of putting their next trip together for them. Almost every time Brian would return from a trip, there would be another trip to plan. Shelly almost killed him. Keep in mind that she still worked at the bank and was doing their trips and Brian was still farming. This pace kept them busy for the next 6 years. 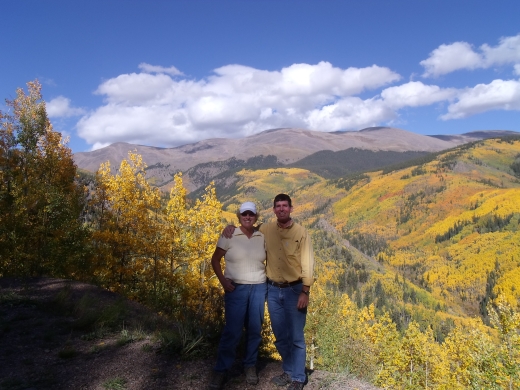 1989 was the year that it just had become too much to do. Citizens Bank had been sold to another bank and Shelly wasn't comfortable with the way things were going there. Brian was still farming with Shelly's father and he was approaching retirement. A decision had to be made. Let's keep all of the farm and have the bank job, or walk away from it all and start a travel business. This was a tough decision, but they followed our hearts. A plan was put into the works that had Brian backing away from farming and start driving tour bus full time and Shelly would stick it out at the bank for two more years. The plan was to save every penny so there would be a cushion to fall back on during the start up years. Brian was on the road about 280 days per year. The money was good, but there was no family life. That was tough. But, there was a goal to shoot for and they had to keep going. Shelly was about to pull her hair out at the bank, but she stayed with it.

The two years went by and finally they were ready to make the move. Brian finished 1991 with a 6 week trip that took him from New York to North Dakota and everywhere between. The trip started the first of November and ended on the day before Christmas Eve. They had planned a New Years Eve trip to Wheeling WV for their first trip as a new business. So December 31, 1991 they headed out on the trip and the rest is history. The first couple of years were tough, but they made it thru. Brian continued to drive tour bus until 1998. During Brian's driving career he posted a total of 1,676,432 safe driving miles. Not bad. Now, Shelly does all of the bookwork, accounting and assists in the trip planning and Brian does most of the trip planning, trip sales and IT work. It really works out great. 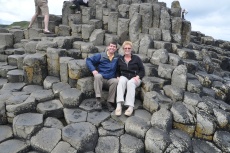 They strive to provide unique tours of value to their customers by organizing and escorting their own tours. They like to specialize in people meeting people tours by visiting rural communities and farms in other countries. Having visited farms and stayed with families in Germany , Switzerland , Austria , England , Scotland , Australia, New Zealand and China , they feel that one of the best ways to learn about a country and its people is to visit its rural communities.

Although we have planned, arranged, and escorted group tours for 39+ years, and are no longer personally escorting tours, we will still be in the travel business. We are still arranging travel for individuals that wish to explore the U.S.A. and the rest of the World. We have arranged individual travel for over 30 years using our vetted preferred suppliers and will continue to use these same suppliers in the future. We not only can assist you in booking a cruise, but using our preferred suppliers, we can also arrange tours for any destination around the World. We work closely with Collette Vacations, Globus Journeys and Trafalgar, along with Viking River and Ocean Cruises, Princess Cruise Line, Norwegian Cruise Line, Royal Caribbean Cruise Line and Celebrity Cruises.

Letting us arrange your tour or cruise doesn’t cost you any more than booking it yourself directly with the company. We can bring our almost 40 years of travel experience to help you select the perfect tour or cruise for you. There are hardly any destinations that you would be interested in that we have not been to at least once. We are eager to work with you on your next adventure, so give us a call.